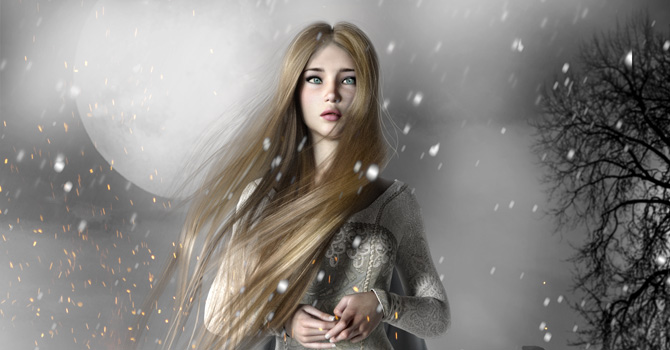 I never intended to write this book. Years ago, when I finished Bonded, I started wondering about a specific character that showed up in only two chapters. Her name was Ginna Hummeldottir. She was loosely inspired by a friend who had a huge impact on my life, and I have to admit I loved Ginna from the moment she appeared on the page. I wanted to know more about her.

Soon after, I wrote what would become the first couple chapters of Shadow Born. However, I kept trying to convince myself that Ginna was a distraction, that I should be writing what would become the prequel, and then the second book, and then the third. That’s what readers expected, and that’s what I should be doing. And for bouts of time, I managed to break free of Ginna’s hypnotic grip over me and produce the Light Keepers and Broken: Book Two of the ShadowLight Saga.

However, Ginna refused to go away. She haunted my sleep and daydreams. She stayed ever present in my mind showing me idea after idea. When I was writing the second book of the ShadowLight Saga, Ginna showed up at the end and insisted her story was important too and that I stop pushing her away and write about her.

At some point, I gave in and furiously jumped back into her plot, but I struggled because I never quite understood why Ginna was important. I worried it would tick readers off that I wasn’t working on the third book and returning to the characters that dominated both Bonded and Broken. Instead, I continued working on this seemingly unimportant girl.

As Shadow Born evolved, I realized what Ginna was trying to tell me. Not only was her story my story—containing core issues I’ve struggled with throughout life. She helped me understand and express deeper issues, such as self-value, external validation, and violence against women. But moreover, her story was also the Shadow’s story. I needed this deep peek into his intimate life to proceed. If I had not told you this story, you would have missed an important part of the Shadow’s evolution toward book three. And so, in telling you Ginna’s story, I also tell you the Shadow’s.

I hope you will indulge me as I have indulged (and learned from) Ginna, and journey down this path with her and the Shadow. Rest assured, though, in the next book Ginna will join our central cast of Hallad, Astrid, Erik, Emma, and Rolf—and continue on the main ShadowLight journey.