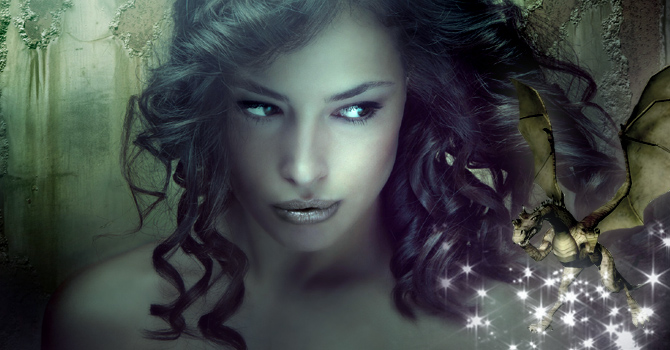 As we’re approaching the release of the Kindle-All Stars’ anthology for charity, Carnival of Cryptids, I’ve been getting the same question fairly often: “What’s a cryptid?”  A quick look in the Merriam Webster dictionary says it isn’t found, which is beautifully ironic.  “Cryptid” is a fairly specialized term, but it’s something we’re all familiar with, creatures of folklore.

A cryptid, to quote Wikipedia, “(from the Greek “κρύπτω” (krypto) meaning “hide”) is a creature or plant whose existence has been suggested but is not yet recognized by scientific consensus.”  They are things believed to exist by some enough to tell legends about it, but the official record does not consider them to be grounded enough to list.

Scientific consensus isn’t always accurate, of course.  Plenty of people bought into the existence of “Piltdown Man”, an early hominid who was discovered in 1912 in East Sussex, England.  Workers supposedly found skull fragments of an ancestor of man in a gravel pit, potentially giving significance to jolly old England on the formation of humanity, an idea many people liked.  Others were skeptical, and the Piltdown Man was proven years later to be a fraud.

On the other hand, when a platypus pelt was revealed in 1798, eminent zoologists took it as an elaborate hoax.  A duckbill on a beaver’s body?  Preposterous.  They must have been shocked when live ones began to be brought to Europe from Australia, although admitting one was wrong and accepting new truth must be better than having one’s studies proven false.

But the world is a great big mysterious place with still-unexplored reaches under the sea, in the Antarctic, and perhaps even in our own backyards.  Despite Americans colonizing all the way to the Pacific Ocean, there are still huge swaths of untouched, unexplored land, such as the primeval forest of New Jersey where a monstrous devil is said to roam.  It is described as a hoofed, winged, horse-headed biped known to give a cry like a horrid scream.  Witnesses claiming to have encountered the beast include naval hero Stephen Decantur and Napoleon Bonaparte’s brother, Joseph.  In 1909, a wave of Jersey devil attacks was reported, causing schools and businesses to shut down.  Is there really a Jersey devil?  Maybe, as anyone who has seen the remoteness of the Pine Barrens can believe something might be hiding out there unknown to science.

My story in Carnival of Cryptids, “Where is Captain Rook?” discusses mapinguari, a monster believed by some to roam the hills of the Amazon rain forest.  In reality, an average of three new species are discovered every day in the Amazon, but nothing so far that proves the existence of a one-eyed, nine-foot-tall hairy creature that has a mouth in its stomach.  While descriptions of mapinguari vary, most agree on its enormous size, nasty stench and howl, and its impossibly tough skin under matted fur.  There is a legend of conquistadors attempting to hunt one but, upon seeing that their muskets and swords had no effect, fled from it.  Newspapers recorded a rash of attacks in 1937 where a hulking beast believed to be mapinguari killed cattle and ate their tongues.  Many people might scoff, but there is a great deal of evidence that a similar creature existed once in South America known as the mylodon, or giant ground sloth.  It was about the same size, lived in the same region, and, weirdly, had “dermal ossicles”, bony plates embedded in its skin designed for protection from predators or, say, muskets and swords.  To those who note that the mylodon probably died out over 10,000 years ago, it can be pointed out that the coelacanth armored fish was believed to be extinct for millions of years before being rediscovered off the coast of Madagascar.

Strange things happen everywhere and practically all the time.  Alien Big Cats may be mistakenly imported panthers; mermaids could be swimming beneath cloudy waters; and with all the reports of bipedal primates from yeti to Bigfoot to skunk apes to Chuchunaa, maybe there is something to it.  Check out the Carnival and explore the world of cryptids, which might very well be our own world.

“Where is Captain Rook?” is one of seven stories in Carnival of Cryptids, a Kindle All-star anthology with all proceeds going to the National Center for Missing and Exploited Children.  Jeff Provine is also author of YA ebook Dawn on the Infinity and the This Day in Alternate History blog, asking what if things in history had gone a little differently.